The Australian arm of Chinese bus group Foton Global has formed a strategic partnership with TrueGreen to import, and then make locally, hydrogen buses to target the transitioning public transport sector.

The public transport sector in Australia will in coming years move towards zero-emissions alternatives to the fossil-fuelled buses that currently serve our cities and regions.

The largest commitment from states so far is the plan by NSW to transition its entire 8,000-strong bus fleet to electric buses by 2030 – meaning an average of 800 diesel and CNG (compressed natural gas) buses a year would be replaced by zero-emissions buses.

While TrueGreen is already spearheading this transition having inked a deal with the NSW government to provide 50 electric buses in 2021 via its subsidiary Nexport, Foton Mobility CEO Neil Wang says Foton Mobility is also ready to take orders.

The new deal will see up to 200 hydrogen buses a year made available to the Australian market, says Wang. 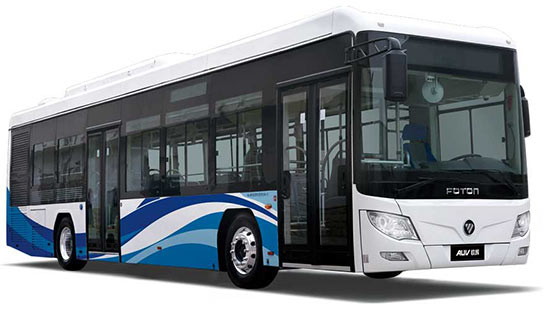 “We joined TrueGreen because our vision is to work together to deliver top quality hydrogen city bus to Australia as well as after-sales service,” tells The Driven.

At least 50-80 buses could be imported in the first year, limited only by the supply of the Toyota fuel cells and Sinohytec packs that form the power generation unit for the buses.

From 2022, Wang says Foton Mobility, whose parent group also makes the Cummins engine and Daimler trucks, wants to start building the buses in Australia at the Moss Vale manufacturing facility planned by TrueGreen, creating new job opportunities. Training of staff would commence before this.

Wang says hydrogen buses have an advantage over all-electric buses because they can be fuelled in 12 minutes, and one station can refuel 160 buses a day. Additionally, they have about 100km extra driving range than typical 300-350km range of electric buses.

“The bus we’ll bring to Australia will do 450km on a single refuel,” says Wang. “It’s a standard Australia city bus – 46 passenger plus 20 standing.”

But they do face one rather significant hurdle – the cost of installing refuelling stations compared to electric vehicle charging infrastructure which can be connected to an already ubiquitous grid.