Rich Lister and Sydney Roosters chairman Nick Politis has become an investor in a proposed $700 million electric vehicles manufacturing hub planned at Moss Vale, south-west of Sydney, which aims to be at the forefront of a revival of local manufacturing.

Mr Politis, who is the largest shareholder in Australia’s biggest car dealership group Eagers Automotive with a 27 per cent holding worth $830 million, took a stake in a $50 million capital raising last month by TrueGreen, an entity owned by Nexport. 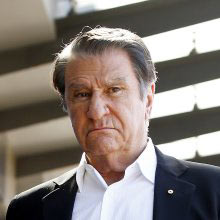 Nexport chief executive Luke Todd said a 51 hectare site at an industrial estate at Moss Vale in the Southern Highlands had been acquired four weeks ago for the manufacturing operation as it aims to become a big player in making electric buses and vehicles.

Nexport is the largest supplier of electric buses in Australia, and uses electric vehicle technology developed by BYD, a Chinese electric car maker that sees itself as a rival to Elon Musk’s Tesla and which itself has prominent shareholders, including Warren Buffett’s Berkshire Hathaway as a 25 per cent stakeholder.

TrueGreen is planning another capital raising in the next few weeks to accelerate the project further. Mr Todd said the group was tapping in to the big shift towards rebuilding Australia’s manufacturing base, and an industry of the future in electric vehicles.

The COVID-19 pandemic had hastened TrueGreen and Nexport’s plans to shift focus to Australian manufacturing, and away from China.

“COVID-19 has caused many industries great distress. We can’t hide from that,” Mr Todd said.

Nexport wanted to be part of a manufacturing renaissance, in line with the push by the federal government to ensure that an economic revival coming out of the pandemic was accelerated.

“It was already in the works but we have taken the opportunity to escalate and expedite and deepen our investment,” he said. “We are 100 per cent Australian-owned.” 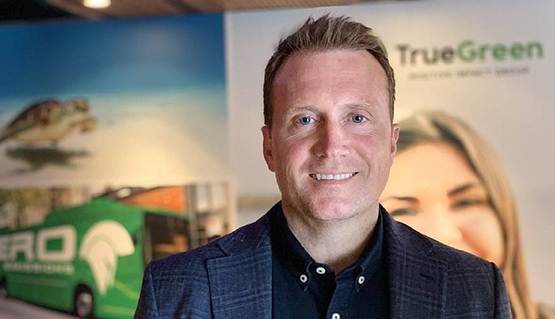 Luke Todd, the CEO of Nexport, is spearheading a $700 million electric vehicle manufacturing hub in NSW

Other investors include Rod Casson, who built up a large motorcycle accessories business with his brother, which they sold in 2017 for $123 million to ASX-listed MotorCycle Holdings. The Halifax family office has also taken a stake.

Mr Todd said Nexport already has a lease on an industrial site in Sydney’s west as an interim site to give itself a headstart in manufacturing.

He said the $700 million project at Moss Vale would be undertaken in phases, but it was ideally positioned just 90 minutes from the Sydney CBD and 40 minutes from Sydney’s outer west.

It is also in sync with one of the major themes that emerged from last week’s Australian Financial Review Infrastructure Summit, where experts predicted that regional centres in close proximity to Australia’s major cities would boom in the post-pandemic period, particularly those where job creation was advancing quickly.

The New South Wales government has begun the long process of electricification of its fleet of 8000 buses.

Mr Todd said the Moss Vale industrial production site itself would be a zero emissions site, and would be producing buses, trucks, vans and passenger vehicles when it was at full strength.

He said Nexport and TrueGreen were aiming to attract other “cleantech” businesses to the site.

TrueGreen has investments in a handful of other cleantech businesses, including Marinescapes, a Victorian-based manufacturer of boats; Gemilang, a lightweight bus builder; and Viridi, which makes cross-laminated timber components.

Mr Politis is a regular entry on the Financial Review Rich List and also chairman of the Sydney Roosters in the National Rugby League competition. His personal wealth took a hammering in March and April when the share price of Eagers Automotive tumbled to $2.94, but it has since rebounded to $11.83.